Newly hired teachers, the AY 2015/2016 results of the monitoring on training 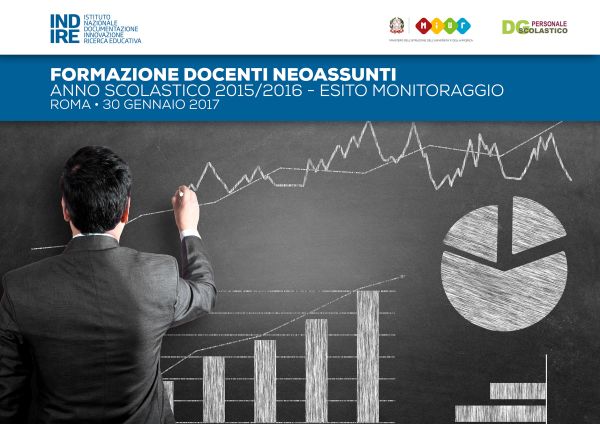 On 30 January 2017, the outcomes of the monitoring on teachers training and probationary period AY 2015/2016 were disclosed in Rome. The activity was carried out by Indire, entrusted by Directorate-General for School Personnel of the Miur. This article synthesises the main features brought out by the research. Slides and videos of the event are available at the end of the page; while the complete report will be published soon on this website.

In Italy, the training and probationary period has accompanied teachers in their pathway towards having tenure, for more than 20 years (Consolidation Act 1994). The structure of the training model for the probation year addressed to newly hired teachers and tenured teachers has been reviewed, starting from the AY 2014/2015 with the Legal Notice 6768 of 27/2/2015. Up to that date training was confined to 40 hours, often to be attended at the end of the year, when the probation period had already finished.

Teachers’ training was supported by an online computer application developed entirely by Indire and managed on the institute’ s servers.

Among the novelties of the Italian training model during the probation year, which is currently in its third edition, it is possible to identify the introduction of some original elements, which are found and confirmed in the quality elements identified by national and international literature on teachers training, during the probation year. These elements are: the professional pact of inclusion in the school community; a more incisive role for the headmaster (who is obliged to supervise the teacher’s class at least once, during the probational period in order to acquire useful elements for his/her subsequent evaluation); the establishment of training workshops onsite, organised through learning centres; the role assigned to the tutor that is also included in the evaluation committee; the onsite mutual observation between tutor and newly hired teacher; the introduction of an initial and final skills profile and a future objectives plan; the use of a digital training portfolio that documents the entire training experience of the probation year.

The following reflection elements emerged from the monitoring action in relation to the analysed target:

Some of the key findings of the surveys also show that:

As far as the results of device surveys were concerned:

From the interviews and the focus groups, emerged that the competence assessment helps people to reflect on their training and professional experience and make sense out of it. On the other hand, it also emerged how the competence assessment can be perceived as a request to demonstrate a certain degree of adequacy in covering the teaching role, rather than an invitation to become aware of the skills developed. Moreover, although the proposal to draw up a competence assessment was recognised as useful, its form was pointed out as periphrastic and redundant, and the language used was, in some cases, perceived as being far from the usual technical language of the field. Consequently, the importance of giving a degree of freedom in the use of this tool, was stressed, and a less confining format was suggested, together with the adoption of less technical language. Due to these outcomes, the initial and final competence assessment have been thoroughly reviewed and refined in the current year.

Teachers were asked to comment on the training pact, which proved to be predominantly a stimulus to take on an attitude of research and propensity to innovation (39% “Very useful” and 51% “quite useful”), only in part linked to the initial skills profile (26.2%).

The whole online path of AY 2015/2016 was, overall, defined “quite useful” by about 60% of newly hired teachers and was considered a useful supporting tool for the teaching practice to set professional goals and lay down a professional path. Only 12% of teachers considered the experience of little use.

These results are consistent with the premises supporting the designing of the path. The centrality of the designing-documentation-reflection phase of the didactic practice, and the importance of reflection on professional competences were confirmed by the answers received.

135 headmasters, selected on the basis of territorial sampling, were invited to be interviewed. 109 of them participated, revealing that: