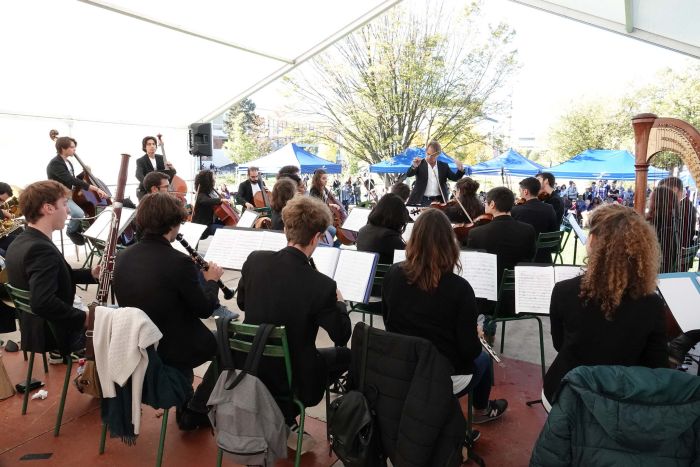 On 13 October, the Erasmus orchestra performed with great success in Strasbourg as part of the French celebrations for the 30 years of the Erasmus programme. It was the third concert of this musical ensemble, created las May under the initiative of the Indire’s National Agency Erasmus+ and made up of about 40 students of more than 15 Italian conservatories and music institutes.

The day was concluded by a conference participated in by the vice-president for international relations of the University of  Strasbourg, Irini Tsamadou-Jacoberger, the Director of the French National Agency Erasmus+ , Laure Coudret-Laut and the coordinator of the Italian Indire’s Ersamus+ agency, Sara Pagliai. «This year we have had the idea to combine the 30 years of Erasmus with the creation of an orchestra. The success of the initiative is the proof of its value, bearing a message of multiculturalism, cultural exchange and community which we hope will find even more space in our Europe», our coordinator declared.

The Undersecretary to the Prime Minister, Sandro Gozi, and the French Minister of Education Frédérique Vidal participated in the event on video.

The orchestra was directed by Maestro Elio Orciuolo. The musicians came from the conservatories of Florence, Trento, Cuneo, Salerno, Turin, Bologna, Mantua, Latina, Matera, Monopoli, Perugia, Lecce, L’Aquila and from the music institutes of Teramo, the foundation Fiesole school of music and the music institute of Livorno.

Musicians and solo vocalists opened the concert with “La Marseillaise” and continued with the Overture and the Air of the Queen of the Night by Mozart’s “Magic Flute”, and with Rossini’s “Barber of Seville” Symphony, “una furtiva lagrima” from Donizetti’s “Elisir d’amore” and  “O mio babbino caro” from Puccini’s “Gianni Schicchi”. After the famous intermezzo “Cavalleria Rusticana” by Mascagni, the programme went ahead with the aria “Vissi d’arte” from “Tosca” by Puccini and with “Carmen” by Bizet, from which the Overture and the Habanera were performed. To conclude, the orchestra played the Hymn to Joy from the Ninth Symphony of Beethoven, now considered the European Hymn.

The orchestra debuted on 7 May at the “Teatro della compagnia” on the occasion of the Festival of Europe in Florence and played again for the opening of Fair Didacta in Florence. After the success of these performances the French Agency Erasmus+  proposed to host the Erasmus orchestra in Strasbourg also to enhance the symbolic value of this initiative. 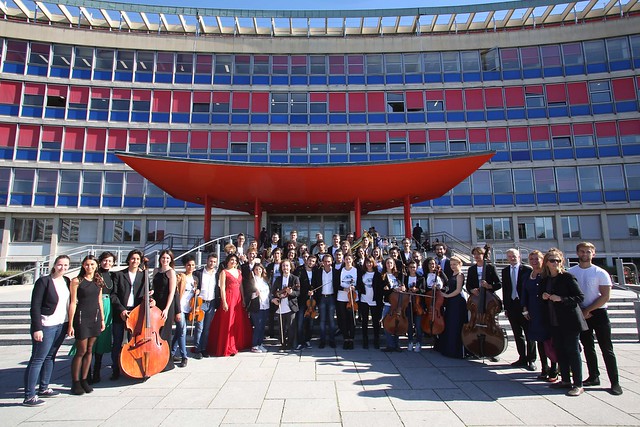 The PATHS project brings philosophy to technical and vocational schools