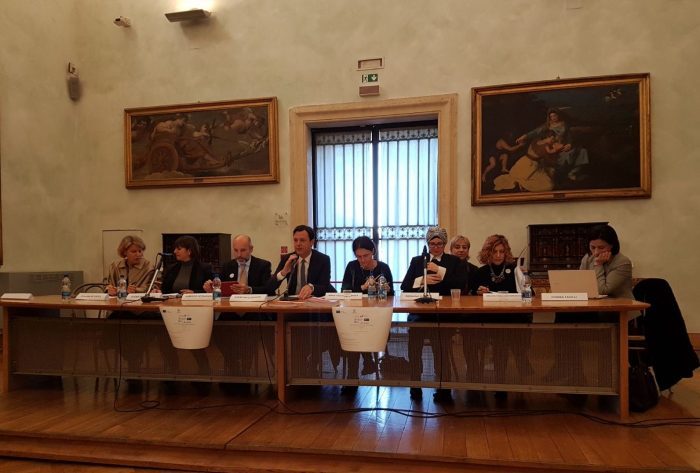 On the occasion of the 60th anniversary of the signing of the Treaties establishing the European Union, Indire is one of the participating partners of the project “Rome and Sarajevo for Europe – A European “treaty” of and for the citizens” (RoSAE).

RoSAE is coordinated by the department for Development and European funding programmes of Rome’s City Council and is part of the programme “Europe for citizens 2014-2020” which supports proposals drawn up by institutions and organisations to bring citizens closer to the EU, with the aim to encourage a deeper understanding of the history of the EU, promote European citizenship and enhance civic and democratic participation.

The project kick-starts officially today, 5 December in Rome in the “Sala Pietro da Cortona” of  the Capitoline Museums, in the presence of representatives of the partner institutes and a delegation of 60 students of the “Istituto sperimentale per la cinematografia – Roberto Rossellini” of Rome. «With this project we intend to build a bridge of values between two cities: Rome and Sarajevo, different in their history but sharing the same European perspective. In the shared activities, we aim to involve the citizens of the two cities, but also school and university students» Giancarlo Defazio, Director of Rome’ City Council declared.

The project RoSAE will be implemented in 2018 with a series of educational, cultural and informative activities aiming to enhance the European citizenship values in Rome and Sarajevo: from the exchange of delegations between the two City Councils; to a Summer and Winter school, organised by the universities of Florence and Sarajevo; the exchange of best practices of European projects; the production of audio-visual materials and short films; to the organisation of events and public debates. The activities will be supported by young volunteers of the European Solidarity Corps and will take place in Italy, Bosnia-Herzegovina and Belgium. «Indire is honoured to participate in this project centred around the sharing of European values among school and university students, and teachers, who have always been our main focus. Our role in the project RoSaE envisages spreading the results of the activities through the publication of a pamphlet and a video made by the student of the Rossellini institue» Elana Maddalena, referent for Indire, declared.