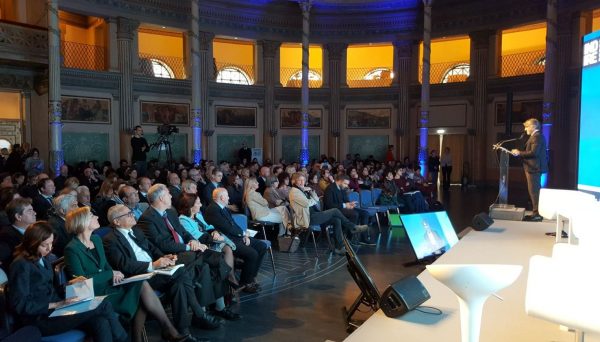 Starting from school to educate the new generation to safety culture, prevention and health. This was the focus of the convention “Memory safe: the culture of safety”, in the presence of government representatives.

The debate was moderated by the journalist Maria Concetta Mattei, and introduced by Indire’s General Director, Flaminio Galli. The event was participated in by Giovanna Boda, Head of the Department for Equal Opportunities of the Italian Presidency of the Council of Ministers, Franco Bettoni, National President of ANMIL, Fabio Pontrandolfi, social welfare and labour sector of Confindustria; Michele Lepore, Professor of safety legislation at work at Rome’s university “La Sapianza”. «It is necessary to invest in the education of the new generation – Flaminio Galli, General director of Indire, declared –  in order to improve health and safety conditions at work and in everyday life. Notwithstanding severe laws, controls and penalties, accidents and occupational diseases are not decreasing in a substantial way. We must shift our attention from “after”, when the damage has been done, to “before”, that is, prevention. We can do this – Galli continued – only investing in safety culture, providing young people with knowledge and awareness of risks at work. Culture, safety and work must be developed at the same time».

During the day the results of the project Memory Safe were presented. The initiative – thanks to the legislative instruments introduced by the Consolidated Act on safety at work (n. 81/2008), – posed a great chance to spread out good practices of safety culture, affecting more than 43 thousand students, 3100 teachers and 2.175 classes in the Italian schools.

In the afternoon, the students of the school institutes who took part in Memory Safe were awarded. From 2015 to date, thanks to the funding of the Ministry of labour, Indire has allocated 4 million euros to 1,342 schools, trade associations, and institutions, and has selected 41 projects to be financed among 203 application eligible for funding.