School and sport, the two-day teacher training event in Florence 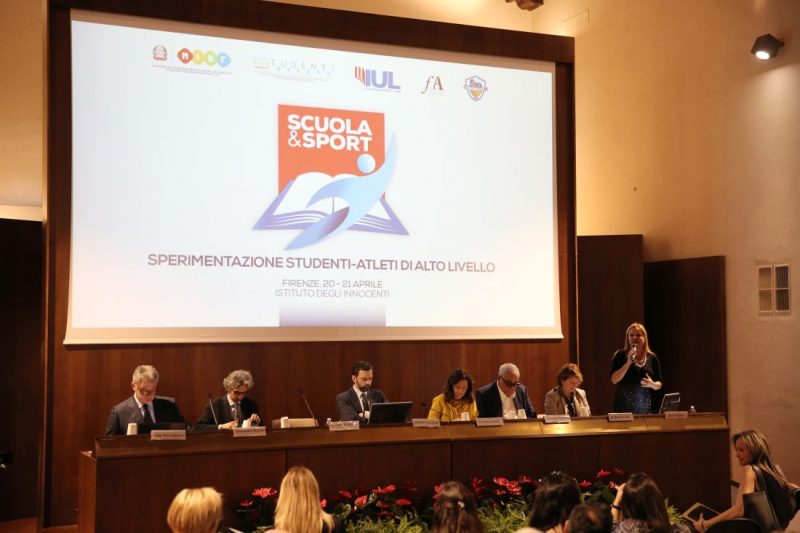 The second phase of Miur’s training programme for the teachers involved in the experimentation for students/high level athletes, concluded in Florence. From 20 to 21 April, more than 100 teachers and 30 tutors have been engaged in the last part of the educational pathway which started last November in Rome with “School and sport: the ethics of didactic innovation”, the project financed by the Miur as part of the experimentation. The initiative is carried out by the online university, IUL, the science high school “Francesco d’Assisi” in Rome, the sport association Eurobasket Rome and the 5th office, sports policies for schools of the Miur.

The aim of the experimentation is to provide teachers with effective tools and educational methods to support youth studying and practicing sports at high levels and combatting early school leave and  professional sport abandonment. The training is addressed also to other 200 teachers all over Italy who can follow the two-day event on streaming on the Ministry of Education’s website http://www.sportescuola.gov.it. The introduction conference was taken part in by Gabriele Toccafondi, Deputy secretary for education; Cristina Giachi, Florence’s Deputy Mayor; Stefania Lella, form CONI’s strategies and social responsibilities office; Antonio Di Liberto, Director of the department for school sport policies of the Miur; Alessandro Mariani, Rector of  the online university, IUL; and Pantaleo Corvino, General Director of the technical area of the football team Fiorentina. The conference was concluded by the testimonies of the students/athletes of the “Fiamme Gialle”, Martina Tozzi and Carolina Visca, and Simone Ghidotti of the Fiorentina youth League.

The final figures of the 2017-18 edition provided encouraging data on the implementation status of the program: 1,505 students and students/athletes involved (compared to 450 in 2016-17), 396 schools in 18 regions (196 schools in 2016-17). The new registrations were 1318, the confirmations were 187. Among the types of schools involved science high schools (645) prevailed, followed by high schools based on  sports (313), Technical Institutes (288), professional Institutes (45). The students/athletes who followed the programme in advanced mode were 376 (182 in 2016-17), those in basic mode were  1129 (They were 271 in 2016-17), followed by about 750 school tutors and over 700 sports tutors. Among the more than 70 sports disciplines practiced by students and students/athletes, the most represented were: football, water sports, athletics and basketball.