Beyond prison, in view of formative detention. Summary of the seminar in Bari 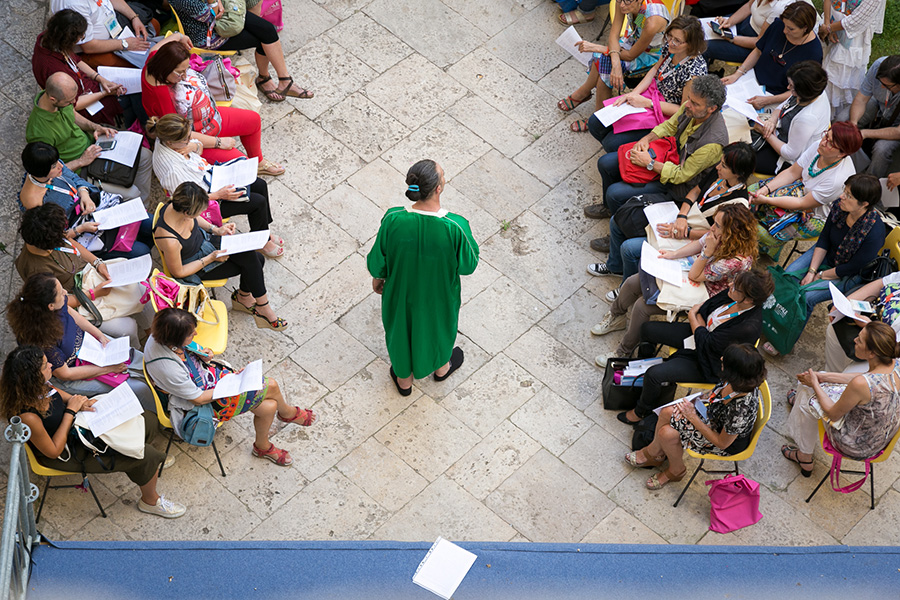 Alternative measures to detention must be extended. This is not only the opinion of the part of society provided with high humanitarian sense, but evidence shown by data: each prison rehabilitation experience shows that after it people don’t go back to prison, or at least only a small proportion of them commit crimes again.

Starting from the need to disseminate this information and delve into its foundations, which have been long debated by recent reforms of the penitentiary system, the EPALE Italian unit (Indire) organised a three-day seminar at Bari’s Aldo Moro University on this theme with the aim of  contributing to build a more inclusive and human prison system with educational and responsibilising components for the social rehabilitation of the offender.

Mauro Palma’s report, national guarantor of prisoners’ rights, invited to promote personal growth during detention time as a way to form individuals able to contribute and be integrated into society. Carmelo Cantone, Giuseppe Centomani and Pietro Rossi, respectively Director of the Juvenile Centre and  Guarantor of prisoners’ rights for Puglia and Basilicata opened the works – which were introduced and moderated by Lorenza Venturi, head of the EPALE Italian unit – in front of an audience of 150 participants, including teachers, prisoners, representatives of associations and non-profit-making organisations, representatives from local authorities and prison operators from all-over Italy.

Restating his position of supporter of the introduction of artistic activities, Carmelo Cantone emphasised the need of implementing initiatives to build a link between society, educational activities and paid work.

Also the president of Florence Surveillance Court, Marcello Bortolato, invited to a different use of detention time by judicial bodies. During the seminar, some proposals in support of reintegration were also presented: first and foremost vocational education and training and new ways for confrontation and awareness of the damages caused to society. This is the aim of restorative justice through mediation which was presented by Laura Vaira.

Besides institutional interventions, different experiences carried out in different regions and provinces were presented: vocational education and training in the hotel sector, successfully carried out in the Volterra house of detention; the work for prisoners on probation of the craft brewery “Semi di Libertà” non-profit-making in Rome; the collaboration process between institutions and citizens that in Ferrara, on the initiative of the city council, connected many voluntary organisations, regulating them and addressing them towards a common objective: the city meets the prison. Many other experiences of small isolated realities were also shared in groups by the participants.

During the three days, videos, interviews and summary documents were proposed. All the material is available on this webpage of the Epale website. Foreign language assistants in Italy, the online seminar for schools participating in the programme is on 20 October

#ScattaeTwinning21, The winning photos of the contest

Indire research at the Conference of the Bit&Nuvole Network

PATHS project: an update on the state of the art of experimentation

Global Teacher Award: the teacher Maria Zambrotta, winner of the prestigious award, speaks to us