Fair Didacta presented at the Miur 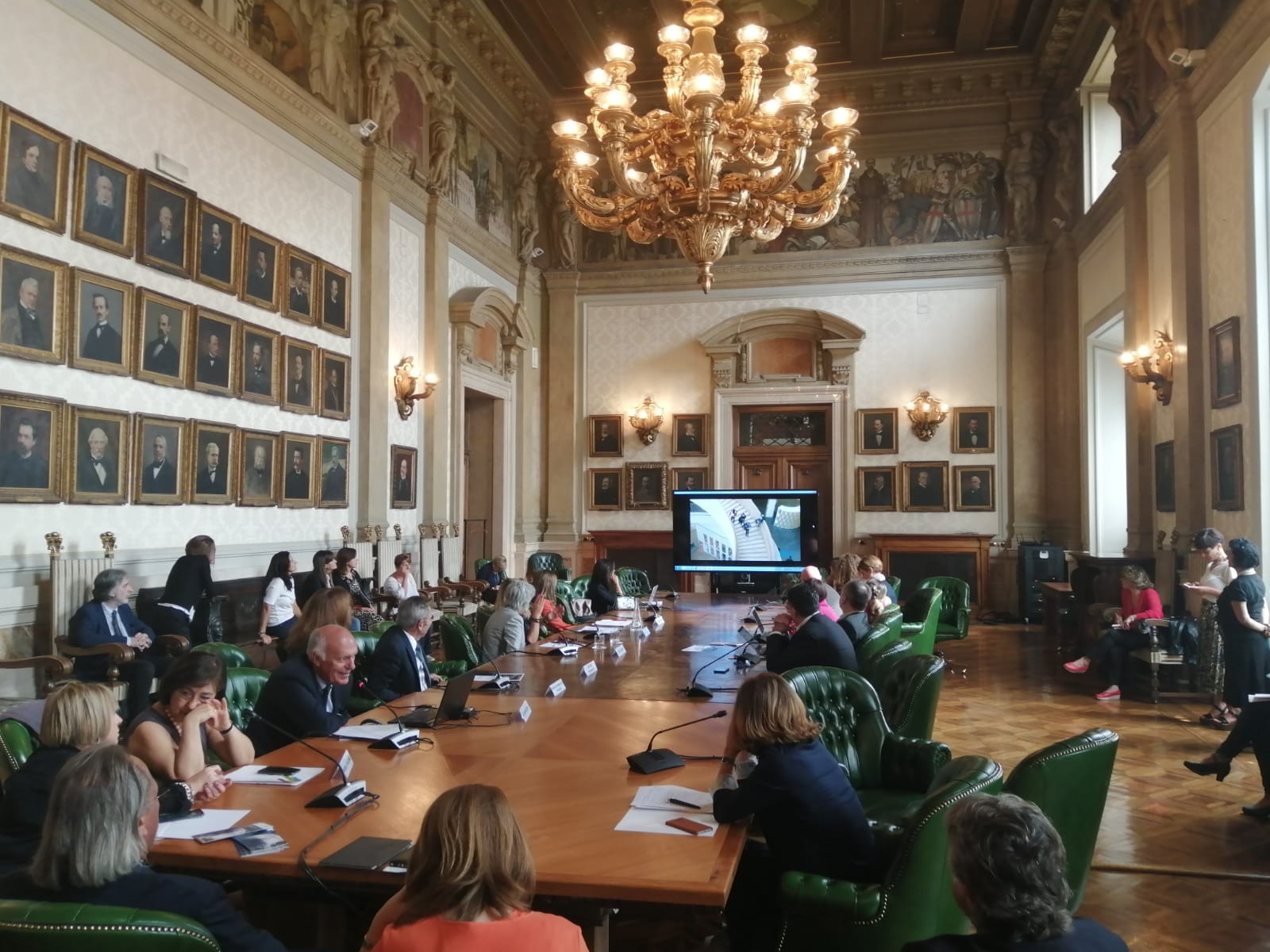 From 9 to 11 October the city of Florence will host in the da Basso Fortress the third edition of fair Didacta Italy the trade fair on education addressed to teachers, head teachers, educators, trainers, professionals and entrepreneurs of the school end technology sector.

The Event, dedicated to Leonardo da Vinci, in the 500th anniversary of his death, was presented on 20 September in Rome at the Miur (the Italian Ministry of Education, University and Research) by the minister, Lorenzo Fioramonti; Cristina Grieco, councillor for education and training of the Tuscany region; Sara Funaro, councillor for University and research of Florence municipality; Giovanni Biondi, President of Indire; and Wassilios Emmanuel Fthenakis, honorary president of Didacta international.

After the success of the 2018 edition (+23% of tickets sold compared to previous edition and more than 23 thousand participants in seminars and events, with more than 100 thousand people involved on social media), Didacta Italy confirms itself as the reference annual appointment in Italy for the launch of new proposals for the schools of the future.

In 2019, the Fair is organised in 5 pavilions, with an exhibition area of more than 31 thousand square meters and more than 200 companies participating, and the rooms of the Quartieri Monumentali del Fortilizio Mediceo. At present, more than 80% of the educational events are sold out. «Innovation, education and future. These are three distinct words but together they express the same idea, the idea of a school that doesn’t stay behind, a school that looks forward – the minister of Education University and Research, Lorenzo Fioramonti, declared – and added, «during their training, teachers must put in the same passion they ask their students. The school system grows altogether».

In all the breakthroughs deployed – starting from the immersive workshops (82 in total) that are taking place in especially equipped environments on the three floors of the central pavilion (Spadolini pavilion) where there will be 67 seminars –  it will be possible to delve into didactical proposals oriented towards innovation. One area of the event will host the debates led directly by the students, in this way the teachers will have the chance to participate in a very diffuse didactic activity in today’s schools. In the programme there are also 11 conference meetings organised into macro areas such as “when space teaches” and “languages and tools to learn”. Thanks to the collaboration with publishing houses, some conference meetings will deal with important themes: from school books to the aims of inclusion, from “for paper thou art, and unto paper shalt thou return” to the “contents” (in collaboration with the National Association of Head Teachers), from competences (with experts of the world of work) to the higher technical institutes 4.0 in collaboration with the Miur, STEM subjects, and sustainable development.

Absolute breakthrough of the 2019 edition is the initiative “School of the future: Ex Machina. Learning spaces of learning experiences for the school of the future”, a clear reference to the genius of Leonardo Da Vinci . In the “Ghiaie”, Pavillion on a surface of more than 1000 square meters, Indire will set up two environments: one dedicated to secondary schools and one to primary school. This is an organisation of spaces, furnishings and technologies interconnected with each other, created according the model developed by Indire’s research and described in the manifesto of the educational spaces 1+4. In the school of the future the environments, the furnishings and the technologies are designed to be functional to didactical activities according to a close bond between didactics and space organisation. The paths proposed in the School = future session are two: the pantograph, that is, some similarities and the odometer, that is, the measures of the world.

During the tree days of Didacta Italy, besides the training activities, participants will have the chance to visit the vast exposition area. There are going to be more than 200 companies (main sponsor Samsung – MR Digital), for a complete offer of all the developments of the school sector, with the most advanced proposals of technology and robotics, school furnishings, publishing houses, stationery materials, didactic toys, training and study holidays, language and music education.

The 2019 edition is going to bid on new expositional sections such as Mechatronics (that is the science that studies the integration between mechanics, electronics and informatics) and sustainability.

As provided for by the protocol signed between the MIUR and AidAM (Italian association of mechanic automation) an exhibition area of about 150 square metres will be set up with the participation of various companies, leader in the field and engaged in matching training with the needs of the production world for a deeper integration between the world of education and that of work. During the three-day event, training courses for teachers on themes such as “industrial robotics”, “visual systems”, “the basis of industrialised automation: from sensors to control logic” will be also organised.

Vast space will be dedicated not only to Start-ups and innovation, with the contribution of the University of Florence, but also to sustainability with the involvement of innovative enterprises, active in the field of circular economy, for an ever greener model of Italian school contributing, with the innovation of didactics, and educational tools, to the growth of more aware new generations, to be protagonists of a sustainable future.

For the first time at Didacta there will be a green area where to try and strengthen – through meetings and presentations of projects and company materials – the relationship between the world of school and the subjects that are already involved in sustainability processes to promote an ever-greener society since school age.

«The scientific programme that is proposed at Fair Didacta Italy – the President of Indire, Giovanni Biondi, explained – increased substantially the number of training activities for teachers, head teachers and for all those gravitating in the area of school innovation. Also in this edition, Indire is going to propose the immersive workshops in especially set environments and will organise seminars and debates carried out by the students. Finally, there will be conferences, most of which with speakers at international level. The main breakthrough of this edition – President Biondi continued – is the Indire’s pavilion “school = future”. A space of more than 1000 square meters where two environments are organised, one for primary and one for secondary school with integrated furnishings and technologies conceived according to a model developed by Indire in the latest years. In the “future” environments paths technologies and didactic methods become one whole, and offer to the teachers an alternative method to the classic lecture-based model. With this breakthrough, Fair Didacta Italy confirms itself as the most important event on education in our country ».

All the information to participate: http://fieradidacta.indire.it/modalita-di-partecipazione