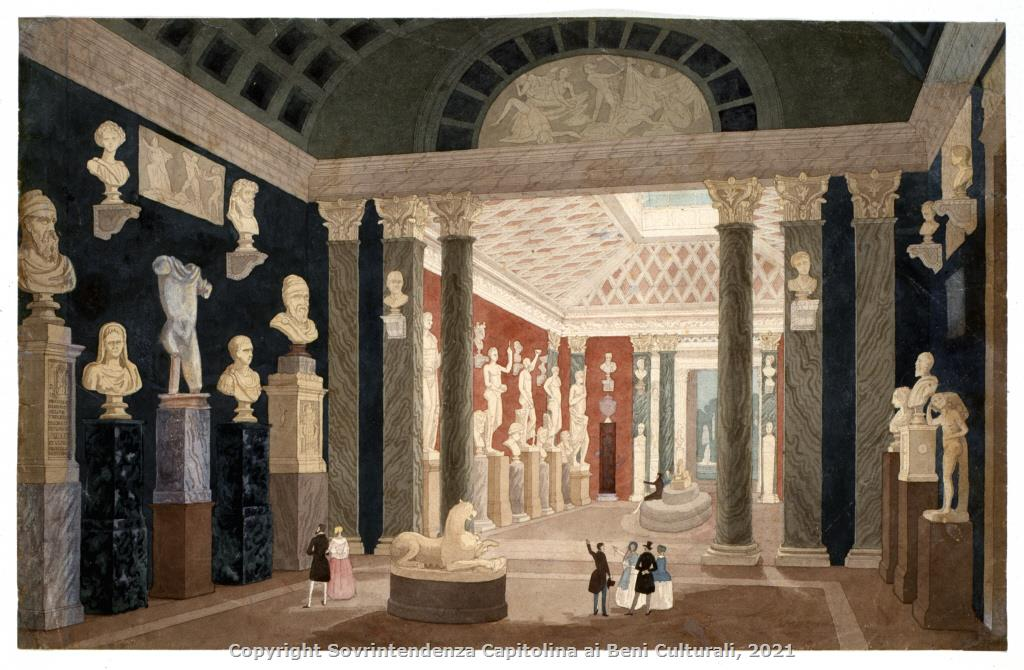 The international conference entitled Giampietro Campana and his collection. Archive data, scheduled in Rome for 22 and 23 November, is hosted by the École française de Rome and the Capitoline Museums as part of an international research project conducted by the Louvre Museum.

The research project aims to collect and analyse the archive sources relating to Giampietro Campana, a central figure in the history of archaeology and collecting in Italy and nineteenth-century Europe, retracing his personal history, his professional training and the subsequent fortune of his prestigious collection of works of art and antiquities. Some documents belonging to the Indire Historical Archive have been studied by the working group of the Louvre Museum which coordinated the research project and organised the conference.

The events which are free of charge, can be followed both in live streaming and in-person, upon registration.

On November 22 at the Capitoline Museums:

On November 23 at the Ecole française de Rome:

Among the numerous speakers at the conference, we would like to point out the presence of Pamela Giorgi, Indire’s lead researcher, who will speak on November 23 at the Ecole française de Rome, on the Fund of the pedagogist Ottavio Gigli, preserved in the Indire Historical Archive, which offers testimonies of the relationships that have taken place between the pedagogue and the collector for the purchase and sale of some works.

Indire’s Historical Archive preserves a rich and specific nineteenth-twentieth-century documentary heritage that makes it one of the few specialised archives in Italy in the collection and enhancement of documentary material of historical and pedagogical interest. The archive consists of about 95,000 documents (books and teaching materials) and 14,000 photographs.

The Ottavio Gigli collection preserves public and private correspondence, personal documents and autographed manuscripts of the works of the pedagogist Ottavio Gigli, founder of the first rural kindergartens in Florence in the second half of the nineteenth century. The acquisition of the fund – which took place in 2002 – constituted an operation of extraordinary cultural importance, both for the importance of the educational work carried out by Ottavio Gigli and for the fact that it integrated the documentation donated by his son Ottavio to the National Didactic Museum of Florence in 1931, historical site from which, through successive transformations, Indire originated.