The fifth edition of Didacta Italy ends on Sunday 22 May at the Fortezza da Basso, finally as a face-to-face event.  It resulted in a boom of attendance including teachers, head teachers, students and entrepreneurs from the school and technology sectors who visited the various stands and took part in the over 250 training events.

“Didacta is a great school fair: it is not only an extraordinary moment in which everyone talks about their experiences, but it is also the place where the progress and the capacity for innovation of our school are shown. The school needs experimentation, because it is the fundamental part of its autonomy”- declared the Minister of Education, Patrizio Bianchi, on a visit to the States General of Education: I.T.S. The new technical higher education and the world of work, which took place in the Fortezza a few days after the approval by the Senate Budget Commission of the bill relating to ITS, in a very important moment for the hoped-for reform of the ITS system.

The highlight of the last day (Sunday) is the Montessori Day, a non-stop day in homage to this extraordinary woman, whose teaching method (which still bears her name), revolutionized the school model, focusing attention on the child as the “father of the future man”, the teacher of peace, of inclusion, and of education to be citizens of the world. During Montessori Day it will be possible to deepen the fascinating biography of this extraordinary woman, who graduated in Medicine in 1896 (among the first women in Italy), anti-conformist and ante litteram feminist, who in 1896 participated in the Women’s Congress in Berlin as a representative of Italy, a prophetess of a new humanity that for the first time overturned traditional pedagogy from its foundations in the perspective of a new anthropological thought centred on the education of the child, a thought that is also successfully applied in degenerative diseases of the elderly such as Alzheimer’s disease.

At 11.30 at the Teatrino Lorenese the conference “Maria Montessori and the school of the third millennium: scenarios, perspectives, challenges” takes place. It is focused on how much innovation the Montessori vision has produced not only in the school, but also in the society of the third millennium. We will talk about it with scholars and experts such as Francesco Favi, councillor for Culture, Public Education and enhancement of the thought of Maria Montessori of the Municipality of Chiaravalle in the Marche region; Benedetto Scoppola, president of the Montessori National Opera and W. E. Fthenakis, honorary president of Didacta International and scholar of the Montessori method.

In the afternoon, from 4pm to 6pm, there is the theatre show “Women all rise!” by the CollegaMenti collective and the Ventottozerosei Association, whose title refers to the words with which Montessori in a heartfelt appeal, in 1906, addressed Italian women in the pages of the newspaper “La Vita” encouraging them to subscribe to the electoral commissions of their cities to ask for the vote. “Only 10 teachers from the Marche region adhered to the proclamation – tells us the councillor for culture of the Municipality of Chiaravalle, Francesco Favi – but it was a small spark lit 40 years before universal suffrage”.

Thanks to the collaboration between the Municipality of Chiaravalle and some furniture companies, traditional and digital teaching materials, such as GAM (Gonzagarredi Montessori), C & amp; C, the Montessori Italia Foundation, Montessori Craft will also be possible to admire at the fair furniture and materials of extraordinary value and quality inspired to the Montessori method.

The images of the second day: 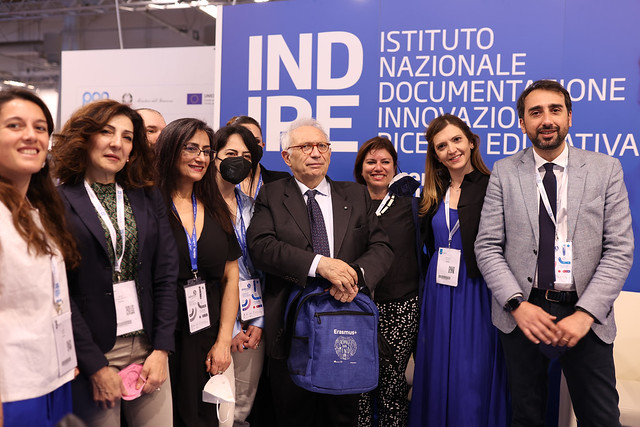