The Sicilian edition of Fair Didacta Italy kicks off tomorrow 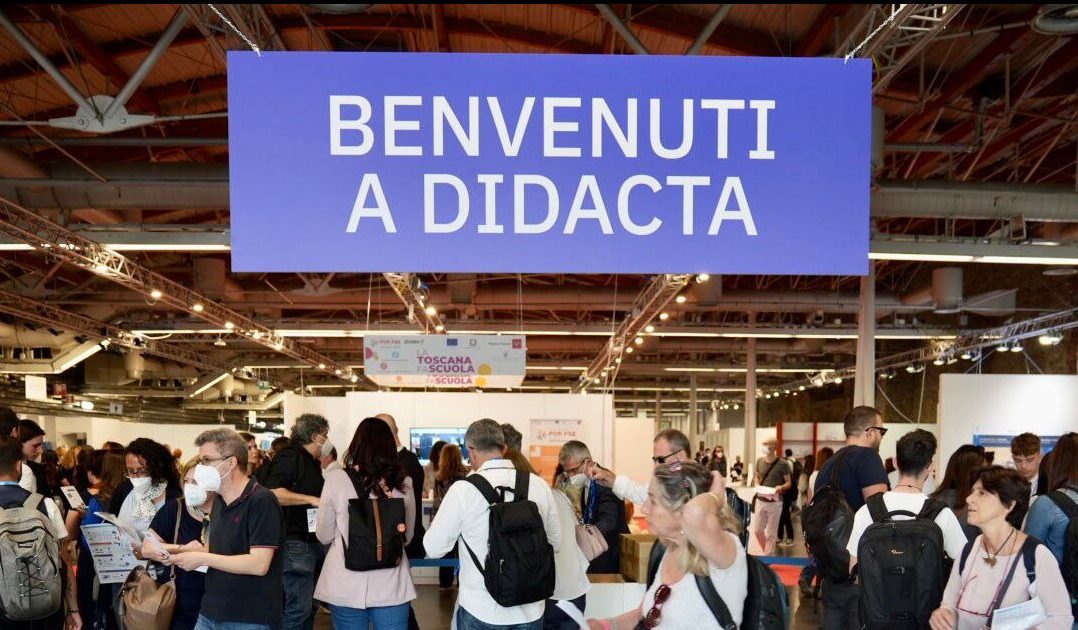 The first edition of Fair Didacta Italy Sicilian Edition – the most important event dedicated to educational innovation, organized by Fiera Didacta Italy with the collaboration and support of the Sicilian Region – starts tomorrow, Thursday 20 October, in the SICILIA FIERA Exhibition Meeting Hub in Misterbianco, in the province of Catania (opening hours: from 9.30 am to 6.30 pm – ticket price: € 10.00 per day).

The event, dedicated to Mario Lodi on the centenary of his birth, is aimed at all levels of education and training: nursery, preschool, primary, upper and lower secondary schools, ITS professional institutes, universities, scientific research and vocational education institutes, as well as companies and professionals.

At the inaugural ceremony, which will take place at 9.30 am in the Main Hall in the presence of the organizing committee, after the greeting of the president of the Sicilian Region, Renato Schifani, on video connection from the Sala Alessi of Palazzo d’Orléans, will speak: the CEO of Sicilia Fiera, Nino Di Cavolo; Lorenzo Becattini, president of Firenze Fiera; the mayor of the Municipality of Misterbianco, Marco Corsaro; Federico Portuguese, special commissioner of the metropolitan city of Catania; the president of Indire, Cristina Grieco; Giuseppe Pierro, Director of the regional school office and; Reinhard Koslitz, representative of Didacta International. There will be also a delegation of fifteen “young mayors” from the province of Catania, representing the Sicilian students, who wearing the tricolor band, will take part in the ribbon cutting. The journalist Simona Mazzone moderates the event.

The events are 276 in total during the three days of the exhibition, including immersive workshops, seminars and conferences and over 75 companies that will present innovative products and solutions in the various business sectors: from robotics to the STEM world, from the metaverse to the immersive classrooms of the 4.0 school without neglecting the latest news on stationery products and specialized publishing.

Inside the fair it will be possible to visit “The legacy of Falcone and Borsellino“, the new version of the photographic exhibition updated on the occasion of the thirtieth anniversary of the mafia massacres of 1992, created by Ansa together with the Ministry of Education and with the support of the European Social Fund of the Sicilian Region. The exhibition tells, also through private and family images, the salient stages in the life of Giovanni Falcone and Paolo Borsellino. The documentary film “The legacy of Falcone and Borsellino”, by Francesco Nuccio, Franco Nicastro and Giuseppe Di Lorenzo, which collects the testimonies of journalists, magistrates, and family members of the two judges killed by the mafia, will be shown during the event.

Among the events promoted by the Sicilian Region on this inaugural day, at 10 am, the seminar “Methods and tools for the presentation, monitoring and evaluation of projects according to the community approach”. Also at 10 am starts the workshop “Coding in the teaching of disciplines” and “MaSTEMatica: binational experiments of the Stem section of the Liceo Scaduto di Bagheria”, while at 3 pm there will be the seminar “Who; how; where; when; why: Investing in education”.

“Investing in school development in the islands and inland areas. The value of the network and territorial mentoring” will be also discussed at the conference organized by Indire which opens tomorrow (Thursday) at 1.45 pm with the aim of focusing on the value of the network dimension in the development and improvement processes of the didactic and organizational forms of educational realities also in the light of the reorganization actions of the school system of the islands and of the internal areas envisaged in the NRRP. Among the speakers there will be the President of INDIRE, Cristina Grieco and Giuseppe Pierro, General Director of Sicily’s regional school office.