The first Sicilian edition of Fair Didacta Italy ended on Saturday 22 October, in the SICILIA FIERA Exhibition Meeting Hub of Misterbianco, in the province of Catania. The event was welcomed with great enthusiasm by thousands of visitors including teachers, head teachers, journalists, professionals and young people who since Thursday crowded the stands in search of the latest news, and actively participated in the training events of the three days of the fair.

A total of 7,000 visitors were registered until 1:00 pm on Saturday, confirming the very high level of satisfaction and the involvement of the entire school world in Sicily and the regions of Southern Italy on the issues of school innovation.

«We have brought to Sicily a public event that invests in human capital. The path undertaken with Didacta aims to make our island a hub in the Mediterranean for education and training, to gradually involve all the countries of the Mare Nostrum, from Catalonia to Greece», underlined the president of the Sicilian Region, Renato Schifani.

«Firenze Fiera believed right from the start in the potential of this fair that we held for the first time in Sicily, thanks to the support and collaboration of the Sicilian Region and all the members of the Organizing Committee – declared Lorenzo Becattini, president of Firenze Fiera – We close this first edition with great satisfaction and optimism by already starting to think about the next one in Sicily in 2023, convinced that taking care of the school represents the most important work for the growth and development of Italy and beyond.»

More than positive results also for the 75 companies from all over Italy whose stands were stormed by the thousands of teachers and professionals who arrived at the fair. 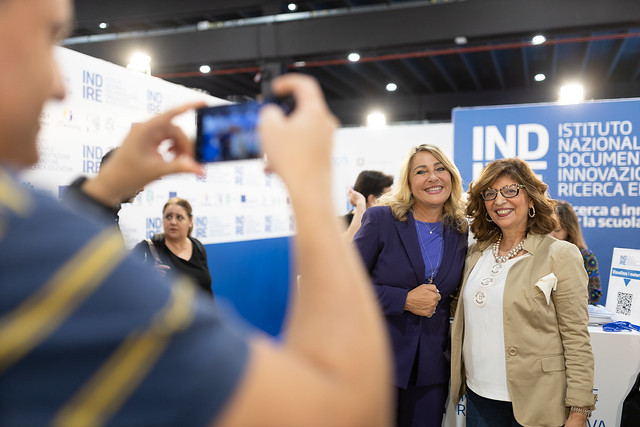