Didacta Fair to be hosted in Florence until 2022 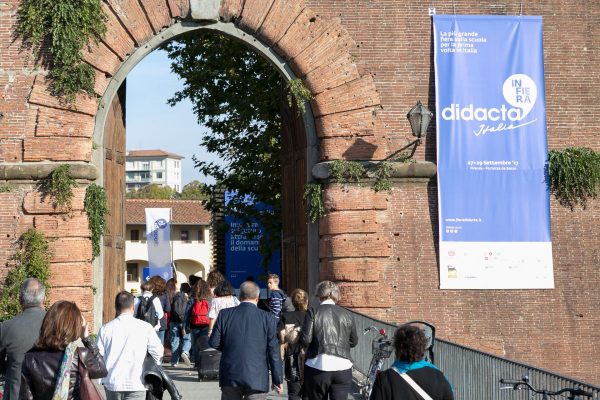 Fair Didacta is going to be held in Florence until 2022. The agreement granting the only spin off event of the main global education fair to the Da Basso fortress in Florence was signed in Hannover by Florence Fair and Didacta GmbH, the subsidiary society of Didacta Verband, the consortium of more than 260 German companies operating in the school world which has organised the event in Germany for more than 50 years.

Last year, more than 20 thousand people attended the first edition of Fair Didacta with 150 exhibitors coming from all over Italy and from Germany, Austria, UK and China. Next edition is already in the organisational phase and is scheduled in the Da Basso Fortress from 18 to 20 October 2018. The just concluded agreement allows Florence Fair to plan far in advance also the next editions in order to consolidate the presence of this new fair which is important for Florence and for Italy.

In parallel, Florence Fair and Indire have signed a five-year agreement which grants, once again, the scientific coordination of the fair to Indire. Moreover, the organising committee will be supported by a scientific committee including researchers and academics.

Debate Olympics 2022: team selections for the new section in English are underway

Sustainability, beauty, inclusion. The “New European Bauhaus” is eTwinning’s theme of the year

CiPìaceMario. From 17 February the celebrations for the centenary of the teacher Mario Lodi

Italian language assistants abroad, the call for graduates under 30 is online