The Erasmus generation Chart presented on 9 May in Florence 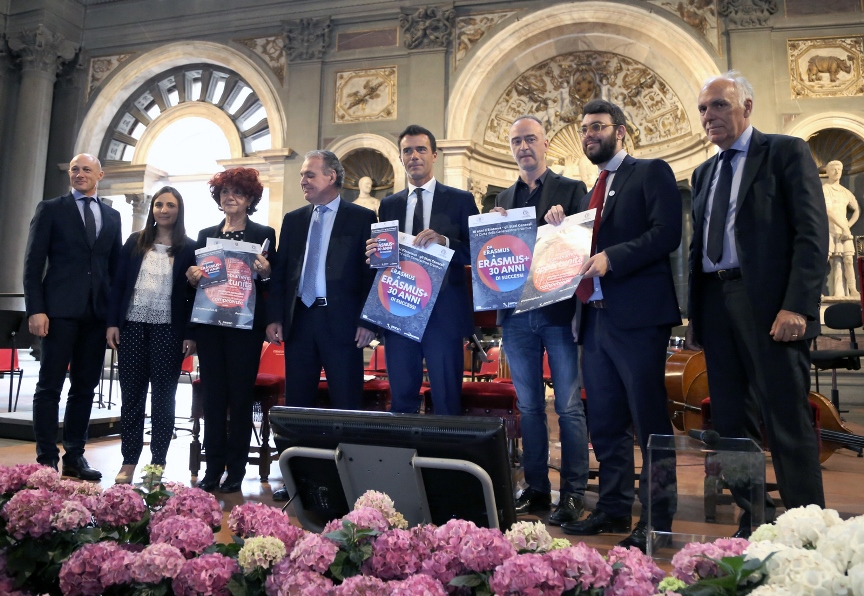 To start a dialogue between decision-makers, students and Erasmus programme participants to give new impetus to tomorrow’s Europe. This was the objective of the 9 May conference “Erasmus+ and the future of Europe” in Florence in the “Salone dei cinquecento” in Palzzo Vecchio.

The event was part of the celebrations organised from 7 to 9 May in Florence by The National Agency Erasmus+ Indire, Inapp and ANG for the thirty years of Erasmus. The event was attended by the Minister of Education Valeria Fedeli, the Deputy secretary in charge of European policies and affairs, Sandro Gozi, the undersecretary of the ministry of labour and social policy, Luigi Bobba and the President of Indire Giovanni Biondi.

In the first part of the morning, representatives of Indire, garageErasmus and Erasmus student Network Italia handed over to the decision-makers the Chart of the Erasmus generation, the political-cultural document laid down by students and ex participants of the programme in occasion of the States General of the Erasmus generation. To follow there was the round table discussion with Italian and European institutional representatives and a selection of success stories told by some Erasmus pioneers, young people who took part in the programme at its very beginning.

There were also present as testimonials, famous people of television, journalism and sports who had participated to Erasmus while attending university.

The Erasmus orchestra, made of 40 students from 20 Italian music conservatories and institutes, conducted by maestro Elio Orciuolo, played during the conference to celebrate 30 years of the Erasmus programme, which was defined by many people the greatest success of Europe. 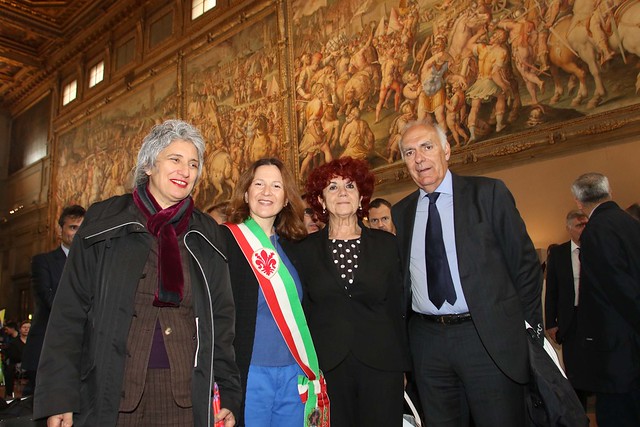 The Minister Valeria Fedeli stated during the conference: «It is a commitment of the Government to read and implement what was written in the Erasmus generation Chart. I Thank all those who contributed during these 30 years to strengthen the Erasmus programme. I think it is important to continue in this way and extend the Erasmus experience for all those young people who don’t have the economic means to participate. We have to commit to this objective in the next European council on education. It is necessary to extend Erasmus to secondary schools – the Minister added – and activate work exchange programmes, especially relevant for the innovations we introduced in Italy with the school/work alternation. We need to make sure that students in mobility are always safe and first of all we need to commit to introduce in the school curricula European education and the history of Europe».

The Undersecretary Sandro Gozi added: «Europe is its history, its values, the efforts of many people to reach the results many today take for granted, but it is also a fantastic way to increase opportunities and the best antidote against populism. Europe is the future, the young, the possibility to travel, learn new languages and know new cultures. It is for this reason that today we celebrate it in the best way in the occasion of the 30th anniversary of the Erasmus programme. Today we need to thank Europe, because after two world wars we have had 60 years of peace and prosperity, we went from the Auschwitz generation to the Erasmus generation. Erasmus proved to be the best instrument to create a generation of European citizens, this is why the programme should be extended also outside the university sector».

The Director of the National Agency Erasmus+ Indire, Flaminio Galli, intervening during the round table discussion, declared: « The delivering of the Chart to the decision-makers during the Festival of Europe, concludes a process, which started months ago in Rome, when our agency, together with ESN and garagErasmus, invited the students of the Erasmus generation to imagine a different future for Europe. We are proud of having favoured this initiative, in the hope that the Chart of the Erasmus generation could become a point of reference for the young, the citizens and the institutions, contributing to the construction of a more united and integrated Europe».