Erasmus orchestra, call for expression of interest for staff 2021/2022 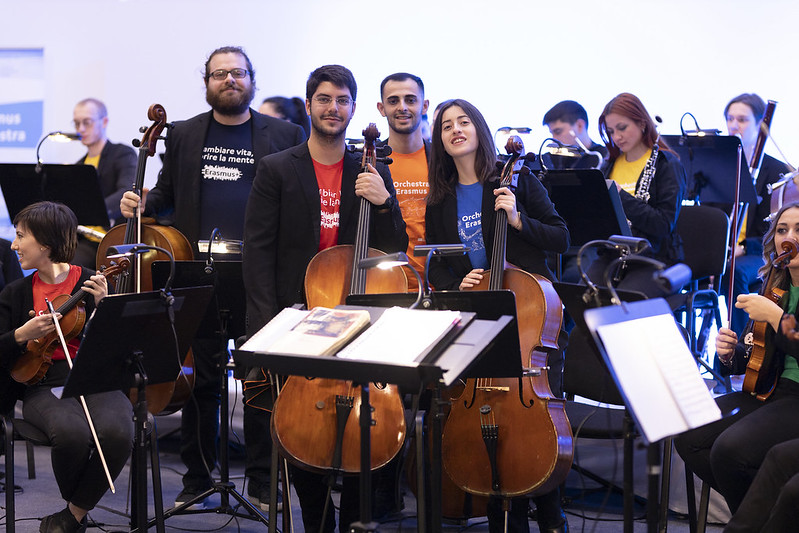 The Erasmus Orchestra is the first orchestra made up of Erasmus students from conservatories and recognized musical institutes in Italy. The idea of ​​forming an orchestra composed of musicians involved in an Erasmus study experience was born in March 2017, on the initiative of the Erasmus+ Indire Agency, on the occasion of the celebrations of 30 years of the European programme.

The orchestra’s inaugural concert during the Florence Festival of Europe in 2017 was followed by other prestigious performances that consolidated the value and importance of the project, not only at a national level. In fact, the Orchestra performed during the Didacta Italy Fair, during the celebrations of the 30 years of Erasmus in Strasbourg; at the Valley of the Temples Archaeological Park in Agrigento, during institutional events of the European Commission in Brussels and at the Auditorium Parco della Musica of Rome.

The symbolic value of the Orchestra, considered very important by the Institute, has prompted Indire to further structure this project of building an itinerant artistic ensemble which, thanks to the universal language of music and art, can represent the value of common European belonging, all over the world.

CALL FOR EXPRESSION OF INTEREST

The Erasmus+ Indire Agency intends to organize a new performance to celebrate the launching of the new Erasmus+ 2021-2027 programme on 14 October in Florence, identifying with a special selection a list of suitable musicians, to be convened also on the occasion of subsequent performances in the two-year period 2021/2022.

The expression of interest will serve to establish a list of musicians suitable at national level for the formation of the Erasmus Orchestra, from which the Erasmus+ Indire National Agency will be able to draw for the October production and for subsequent productions.

Representatives of conservatories and musical institutes from all over the country can propose up to a maximum of 5 students by completing the online form by Wednesday 15 September 2021.