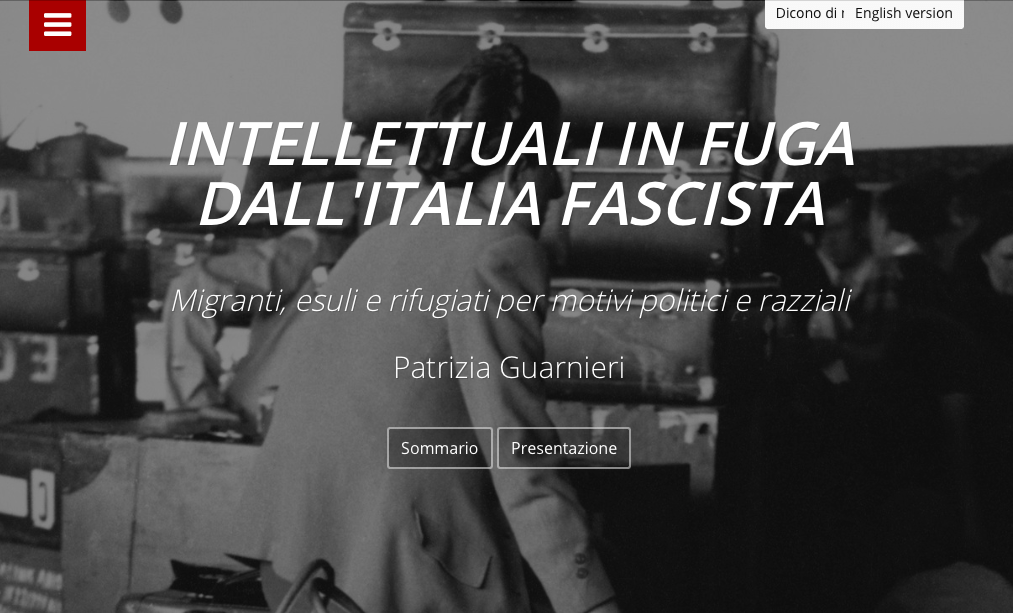 Intellectuals displaced from fascist Italy is a free access portal that tells the life stories of intellectuals, women and men, Italians and foreigners, who left our country as a result of fascist persecutions and racial laws.

Intellectual emigration from fascism is still a little-known phenomenon in terms of its numbers and biographical events. Italy is generally considered a land of poor and uneducated migrants, but during the twenty years of fascism, especially after the enactment of anti-Semitic laws, also academics and scientists expatriated in search of freedom, work and salvation.

Who were they? They were internationally renowned scientists, students and scholars of all disciplines, artists and journalists, professionals, often Jews or opponents of the regime. Their stories, compelling and reconstructed from Italian and foreign archives, speak of departures and arrivals, of the difficulties in obtaining the necessary documents and of rebuilding a life elsewhere by accepting precarious jobs, of the delicate adaptation to other environments, other languages, new cultures. The web portal also contains hundreds of unpublished photographs of these famous or forgotten people (here the alphabetical list, but free search is also possible) collected mainly thanks to their heirs.

This research, promoted by the University of Florence, aims to question the environments of origin and reception, the aid networks, the strategies for enhancing or wasting intellectual resources during and after the fascism.

The basic idea is to spread greater awareness not only of the injustices suffered by those who have been persecuted for political and racial reasons, but of the damage done to the whole country. In the face of the atrocities of deportations and extermination, the expulsion from work and study, the prohibition of publishing, the expulsion from the professional register, or the revocation of the qualification that enabled teaching seem not so relevant. Yet these injustices have inflicted severe personal suffering and have resulted in heavy damage to the culture and future of us all.

The web portal, in progress and open to any reports from users, allows an interactive reading – with maps, insights and timelines – to understand a little-known phenomenon that has had lasting consequences for culture and for our country.

The project Intellectuals displaced from fascist Italy has received funding from the Tuscany Region (Call Memoria 2018) and the patronage of foreign institutions and bodies, whose support and resources have greatly facilitated research: The New York Public Library, The Council for At-Risk Academics of London, from which we obtained the documentation of the ECADFS and respectively of the SPSL, The J. Calandra Italian American Institute, CUNY, and the Central Archives for the History of Jewish People, Jerusalem. 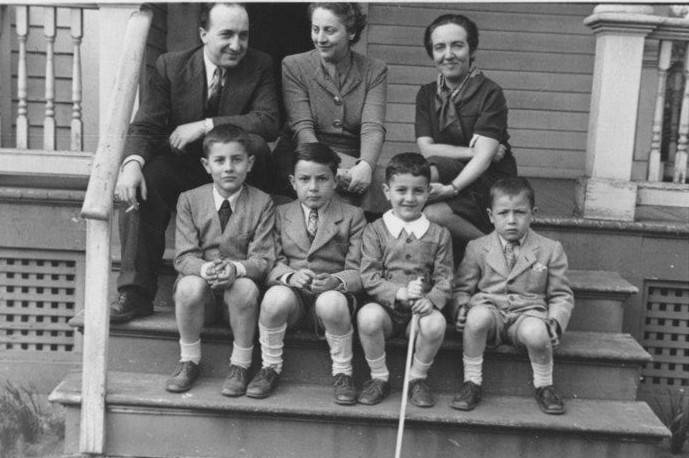 The Calabresi family, New Haven, May 1940 [Massimo, his wife, Bianca Maria Finzi Contini, his sister, Renata, their children, Paul and Guido, respectively the first and third from the left]: https://intellettualinfuga.fupress.com/scheda/calabresi-massimo/347. 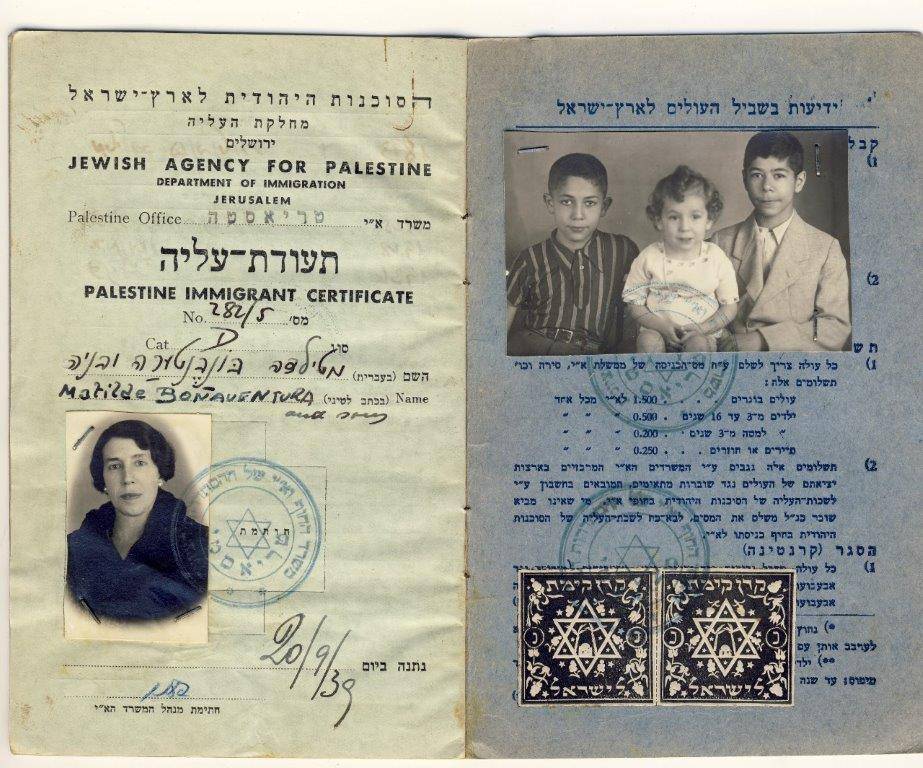 THE RACIAL LAWS OF 1938 – THE INDIRE VIRTUAL EXHIBITION

For those interested in deepening the theme of the racial laws enacted in September 1938, also for didactic purposes, we recommend Indire’s multimedia exhibition, set up in 2018, “Eighty years after fascist racial laws (1938-2018)”. Through photographs, drawings, films and many other documents, the gallery collects an important historical documentation of Italian schools during the twenty years of fascism. The online exhibition, divided into six sections, consists of notebooks, drawings, school materials, photos and books, most of which are kept in the Indire Historical Archive.