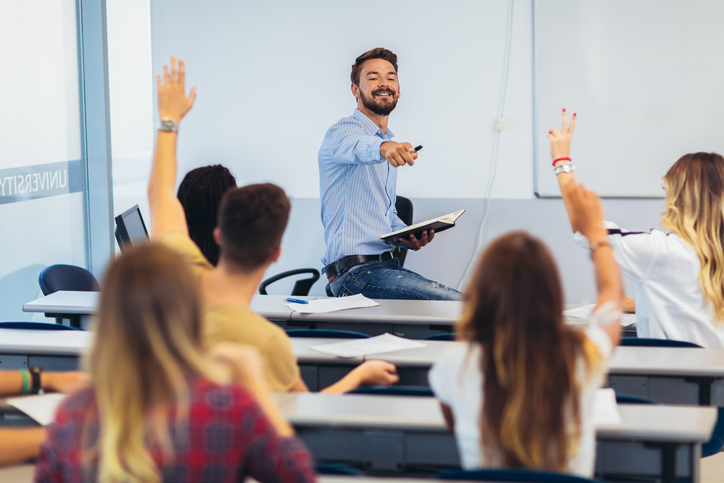 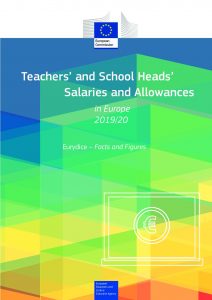 Today, the Eurydice network has published the new report on the salaries and allowances of teachers and school heads in Europe. Teachers’ remuneration and career prospects are part of policies that aim to attract the most qualified graduates and retain the best teachers. In this regard, the latest Eurydice report “Teachers ‘and School Heads’ Salaries and Allowances in Europe 2019/20” shows the composition and differences in the salaries of teachers and school heads of 38 European education systems. The data was collected jointly by the Eurydice and OECD/NESLI networks.

The report examines the basic salaries of early career teachers and their prospects for salary progression. Salary differences between education levels are also analysed. Kindergarten teachers tend to earn less on average while upper secondary school teachers usually earn more, although in some European countries all school level teachers earn the same salaries.

Form the Analysis of the main results of the report, significant differences emerge between European countries in the basic annual salaries of teachers at the beginning of their careers, which can vary from 5 thousand to 80 thousand euros gross per year. The wage level is related to the standard of living measured in terms of gross domestic product (GDP) per capita of a country, i.e., the higher the GDP per capita, the higher the average annual salary.

In four EU countries – Bulgaria, Hungary, Poland and Romania – the basic salary of newly hired teachers is below € 9,000 per year. Very low wages are also recorded in Albania, Bosnia and Herzegovina, North Macedonia, Serbia and Turkey. All of these are, in fact, countries with very low GDP per capita. In eight other EU countries (Greece, Czechia, Estonia, Croatia, Latvia, Lithuania, Slovenia and Slovakia), basic starting salaries are below € 20,000 per year.

The initial salaries of Italian teachers are placed – together with those of French, Portuguese and Maltese colleagues – in the range between 22 thousand and 29 thousand euros gross per year. Even higher, between 30,000 and 49,000 euros, are those of teachers in Belgium, Ireland, Spain, the Netherlands, Austria, Finland, Sweden, Iceland and Norway. Finally, salaries of over 50 thousand euros are recorded in Denmark, Germany, Luxembourg, Switzerland and Liechtenstein, all countries with a high GDP per capita.

Depending on the state, in fact, starting salaries can increase during the career of a teacher from 12% (in Turkey) to 116% (in Portugal). Furthermore, the average number of years required to reach the top of the salary range, varies from 12 years in Denmark to 42 years in Hungary. In Ireland, the Netherlands and Poland, teachers’ starting salaries can increase by more than 60% in the first 15 years of service and even more in subsequent years. For example, in the Netherlands starting salaries increase by more than 76% already in the first 15 years of service and up to 105% in the following years.

Also in other countries, the total percentage increase is high but a long length of service is still required to reach the top of the salary scale. In Portugal, for example, the final salary is more than double the initial one, but teachers only manage to earn it after 34 years of service. In France, to take yet another example, starting salaries increase by 70% with 29 years of service.

As regards the amount and time required for salary increases related to career progression, there are substantial differences. There are countries, such as Italy, where teachers even with significant length of service achieve modest salary increases: the initial salaries of teachers can increase by about 50% only after 35 years of service.

Regarding changes in tabular salaries over the past few years, the report shows that in 2018/19 and 2019/20, teachers saw their salaries increase in most education systems, although the increases were generally modest or indexed to inflation. Between 2014/15 and 2019/20, in a quarter of the education systems analysed, the starting salaries of teachers adjusted for inflation remained unchanged or even lower. In Italy, as well as in France, the purchasing power of teachers has remained more or less the same over the last five years.

As for school heads, their salaries often increase according to the size of the school. Furthermore, the responsibilities and experience of school heads lead to significant differences in their salaries in most education systems. In some systems, the minimum basic salary of school heads is lower than the salary of teachers with 15 years of experience. In many others, however, it is superior at all levels of education. The difference is most marked in France (for secondary level), Italy, Romania, Finland and Iceland (upper secondary level) and Sweden. In Italy, the minimum basic salary for school heads is, in fact, double the salary of a teacher with 15 years of service.

Consult the report in pdf format >>

One hackathon, many ideas for adult education

EUN: on 7 December the annual conference EMINENT 2021 is online

The National Service Learning Festival opens in Mestre (and online). The starting date is November 24th

Promoting mental health at school. An online conference on the national results of the project Erasmus+ Promehs